[Screenshots]Yoola Network doesn't respond to release request, THEN adds me in a 3 month queue.

I had requested to leave Yoola Network (at the time it was called VSP Group) but they straight-up didn't answer.

Finally after months, they give a reasonable answer to my direct chat request, which lead me to a form. (I can't post URL's.) They said after applying to this form, my channel would be released after 3 months. So I explained the situation about my emails being ignored. They said they want evidence if I wanted to be released early. I gave them these screenshots:

**
So what do you think they did? They just IGNORED them. The guy kept saying that I needed to wait 3 more months nonetheless. Here is the entire conversation: 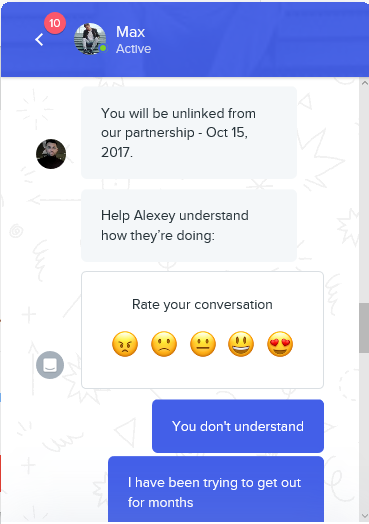 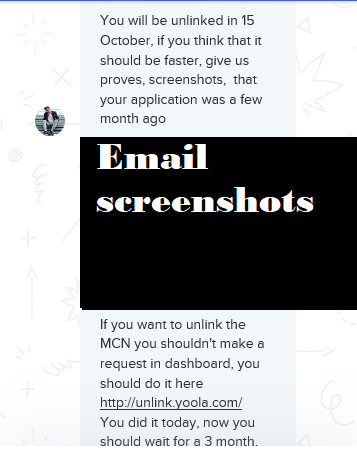 As you can see, he just IGNORES the fact that I had sent them these emails earlier and didn't get a response. 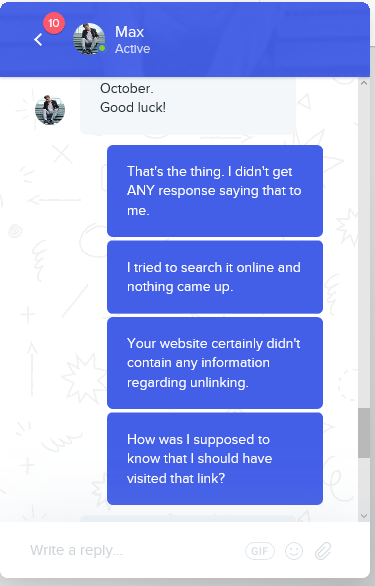 "NOW YOU KNOW THE RULES HAHAHAH" 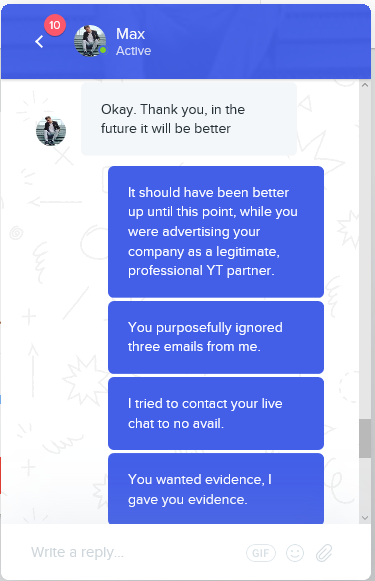 I was so furious I even threatened him like this: 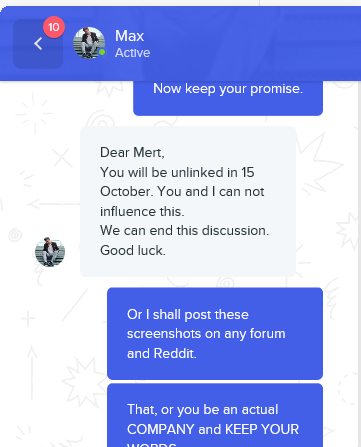 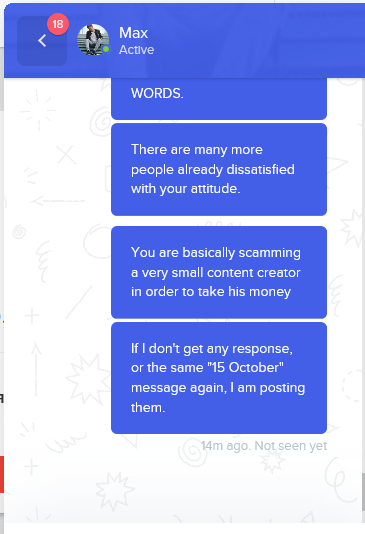 I am a very small YouTuber that gets minimal amounts of revenue per month. Why did Yoola choose to keep a portion of my revenue for the next months in exchange of their image getting dirtier is beyond me.

As you can see, I didn't receive any reply whatsoever, so I am posting this. PLEASE, PLEASE DO NOT PARTNER WITH YOOLA, YouPartnerWSP or VSP GROUP. They might seem reasonable, and they had been very fast with my post-partnership questions. The first thing I asked was "Can I get out of Yoola (it was VSP Group at the time)" and they replied with this:

But they didn't. They had a policy about it at the time but they didn't sent me the link after all the mails and requests I had sent to them. If they just sent me the unlink form at the beginning, none of these would have happened.